6 festivals you must attend if you love food

Our friends over at Festicket, the world’s largest online booking platform for music festivals worldwide, spoke to us about the best festivals in the UK to attend if you’re a food lover and music lover in equal measure...

We’ve all been there - up partying in a dance tent until 4am, only managing to get a few hours sleep before the sun comes seeping into your tent, and waking up with a banging headache. But then, salvation arrives in the form of an organic, locally sourced breakfast bagel and a cup of coffee or a fresh fruit smoothie and suddenly you’re refreshi and raring to go again.

As music festivals continue to evolve and develop, food is becoming an even bigger part of the experience. And let’s be honest, who doesn’t enjoy listening to some quality music whilst getting stuck into some delicious food and drink.

Here are our favourite UK festivals where food is almost as big as the music. Tuck in!

It’s easy to forget there’s actually music on when you’re confronted with the huge culinary dilemma at Wilderness. Not only does the festival invite some of the world’s most innovative chefs to Cornbury Park for a selection of banquets, workshops and tasters, the Wilderness food truck list reads like an encyclopedia of world cuisine. On it are a host of brands we’re all no doubt already fans of - The Breakfast Club, Patty & Bun, Bangwok and Meantime Brewery, but there are also some inspiring surprises that are sure to dazzle your tastebuds.

When & where: August 2019, Charlbury
Find out more about Wilderness 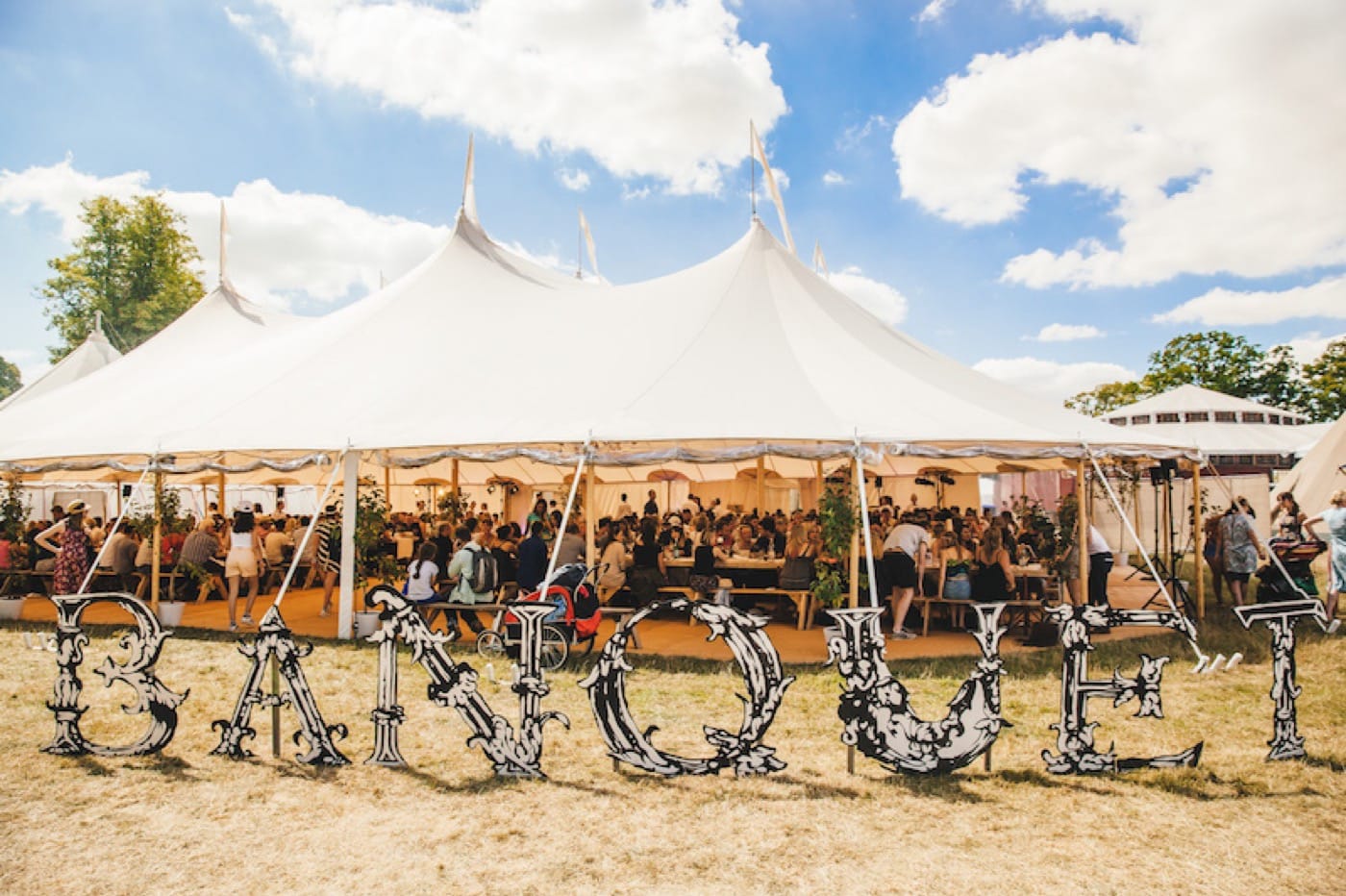 # Festival No. 6
Festival No. 6’s culinary delights are as diverse as its music, arts and culture lineup. Festival-goers can choose between experiencing a bespoke banquet from a Michelin-starred chef, exploring the immense selection of independent festival food stalls, and picking up a few local delicacies from the Welsh Produce Market. 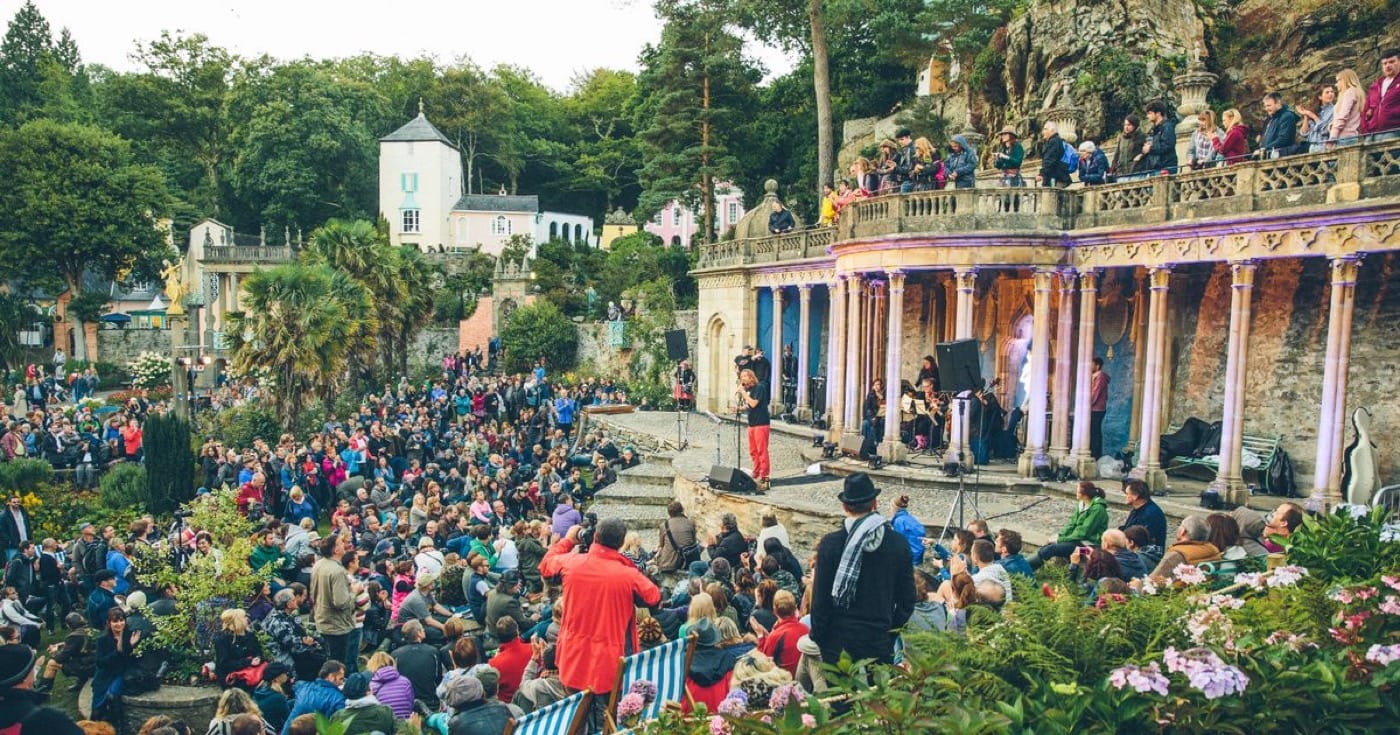 # The Big Feastival
Held on the farm of iconic Blur bassist, Alex James, The Big Feastival mixes a diverse music lineup, from Paloma Faith to Craig David, with an incredible spread of food and drink. From famous, award-winning and Michelin-starred chefs, such as Marco Pierre White, to street food caterers of every imaginable cuisine to whet every appetite! 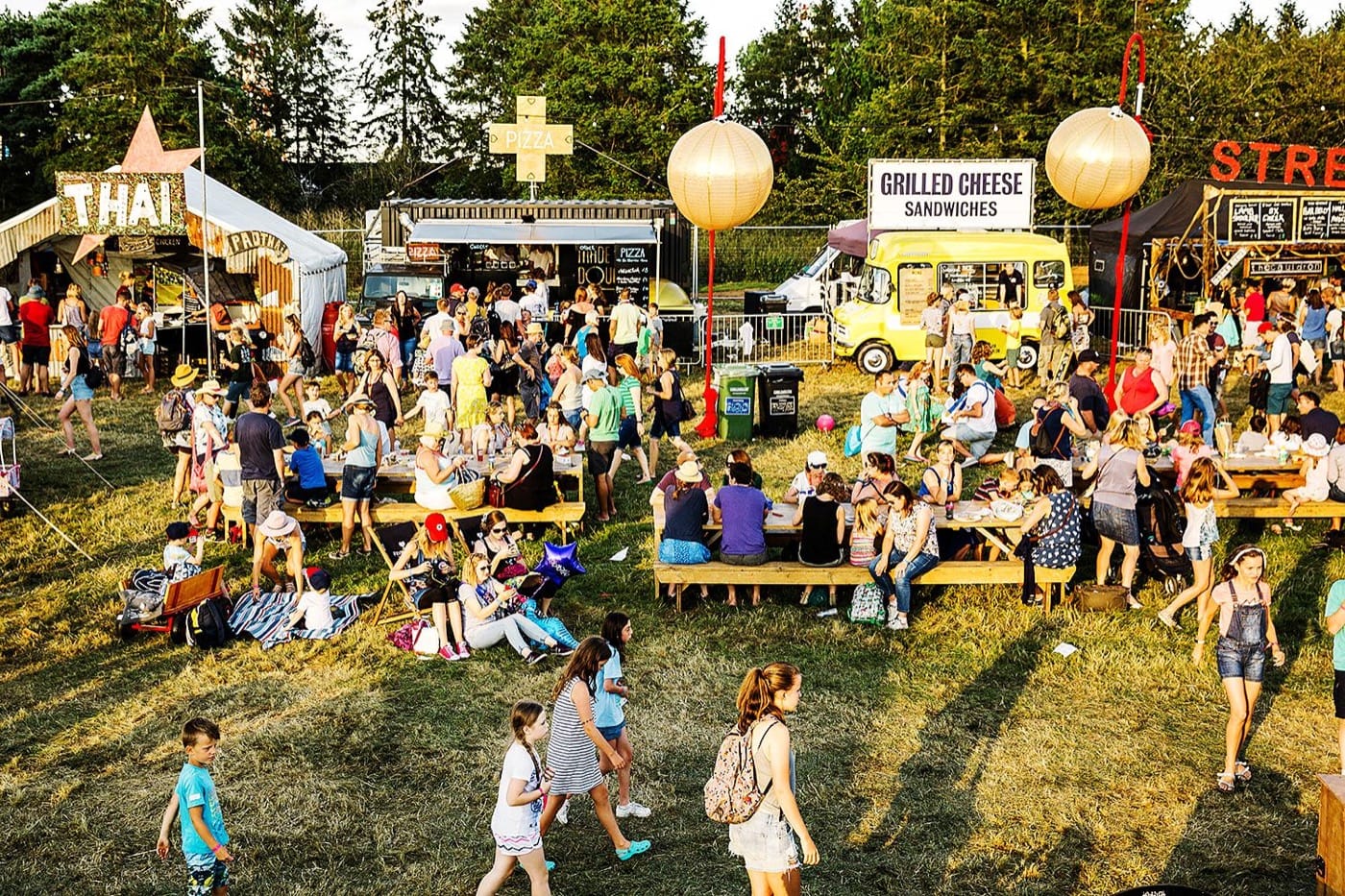 # Glastonbury
When you're at a festival this big, it's pretty much inevitable that the choice of food and drink will be overwhelming and exciting. Covering every cuisine and then some, a few Glastonbury highlights 100% worth sampling are: Le Grande Bouffe, Le Rac Shack, The Famous Welsh Oggie, the Somerset Cider Bus, Anna Mae's Mac N Cheese, Square Pie and Voodoo Rays! As this is Glastonbury, wander a little off the beaten track and there's no limit to what you might find. 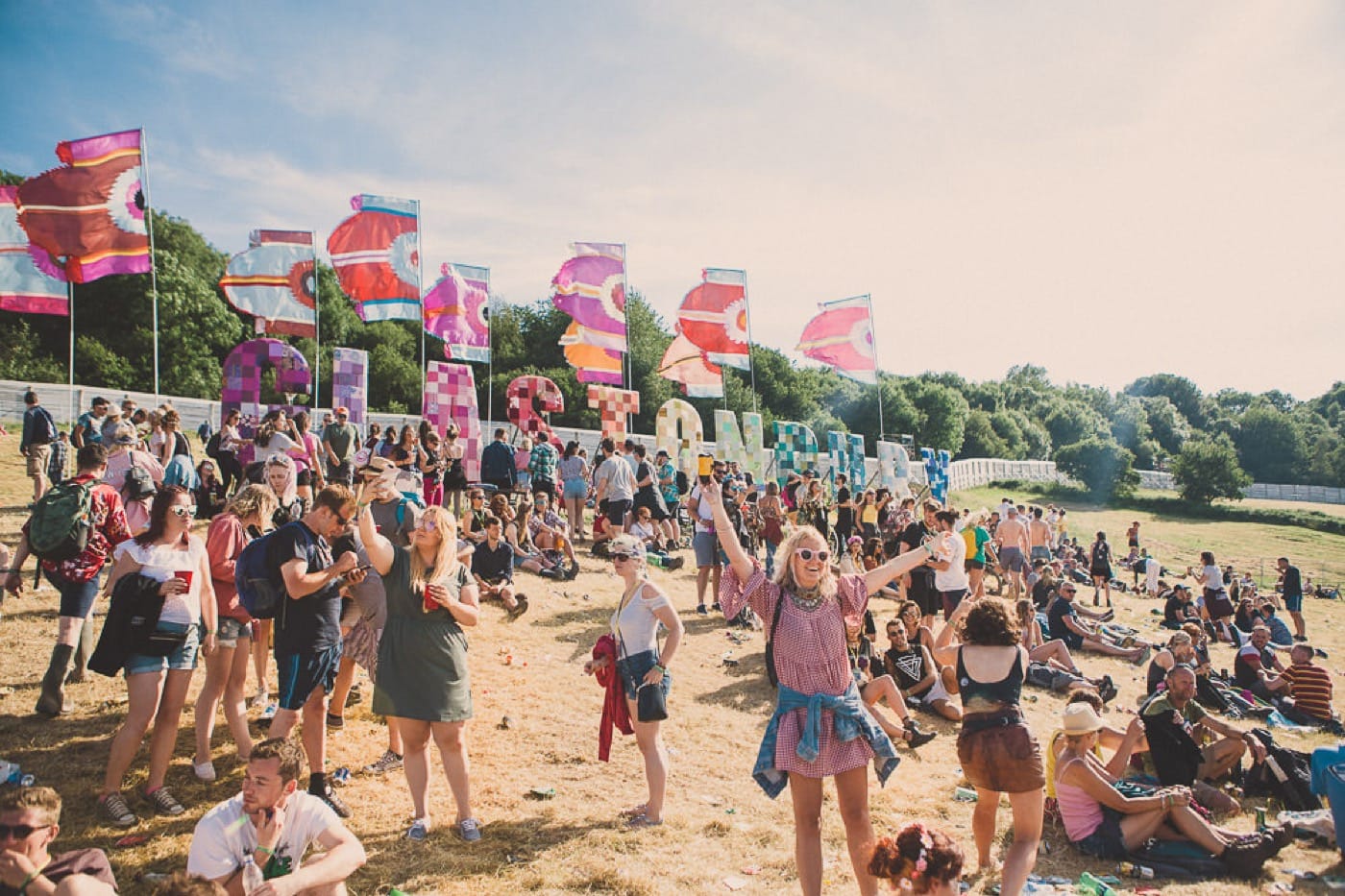 # ONBlackheath
With its own Food Village, festival-goers at ONBlackheath can watch demonstrations from celebrity chefs, enrol at the cookery school and savour delights from the variety of pop-up food stalls. Guests include former Masterchef winners as well as restaurant owners and TV chefs, who will conjure amazing meals live on stage, inspiring you to do the same at home.

When & where: 8-9 September 2018, London
Find out more about ONBlackheath 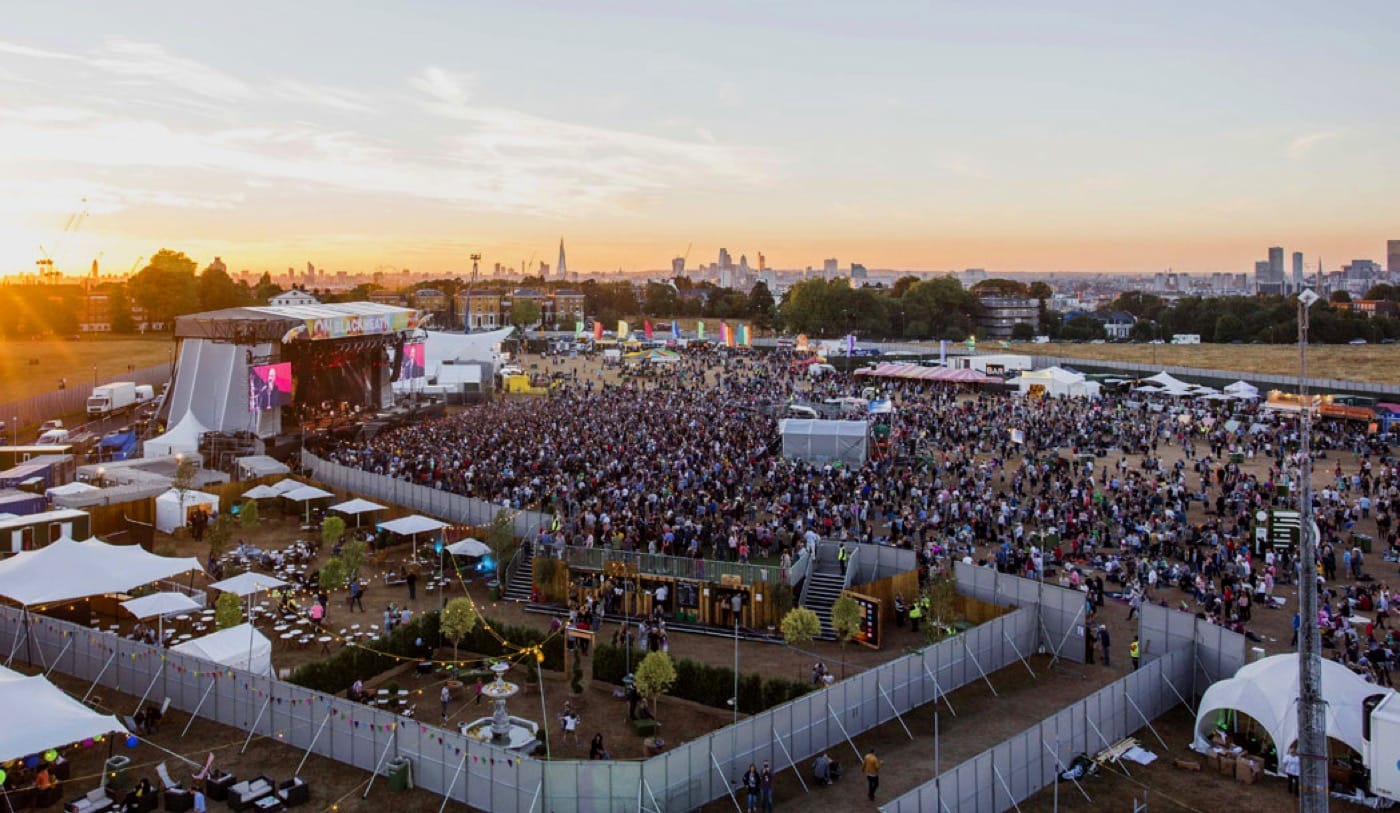 # Latitude
Similarly to Glastonbury, Latitude's refined vibe and outlook means it takes its food offerings seriously. Inviting brands and independent food-maestros most of us will already have tried, as well as a few undiscovered and local treats, Henham Park blossoms with smells usually associated with street food markets from the far reaches of the globe.

When & where: July 2019, Southwold
Find out more about Latitude 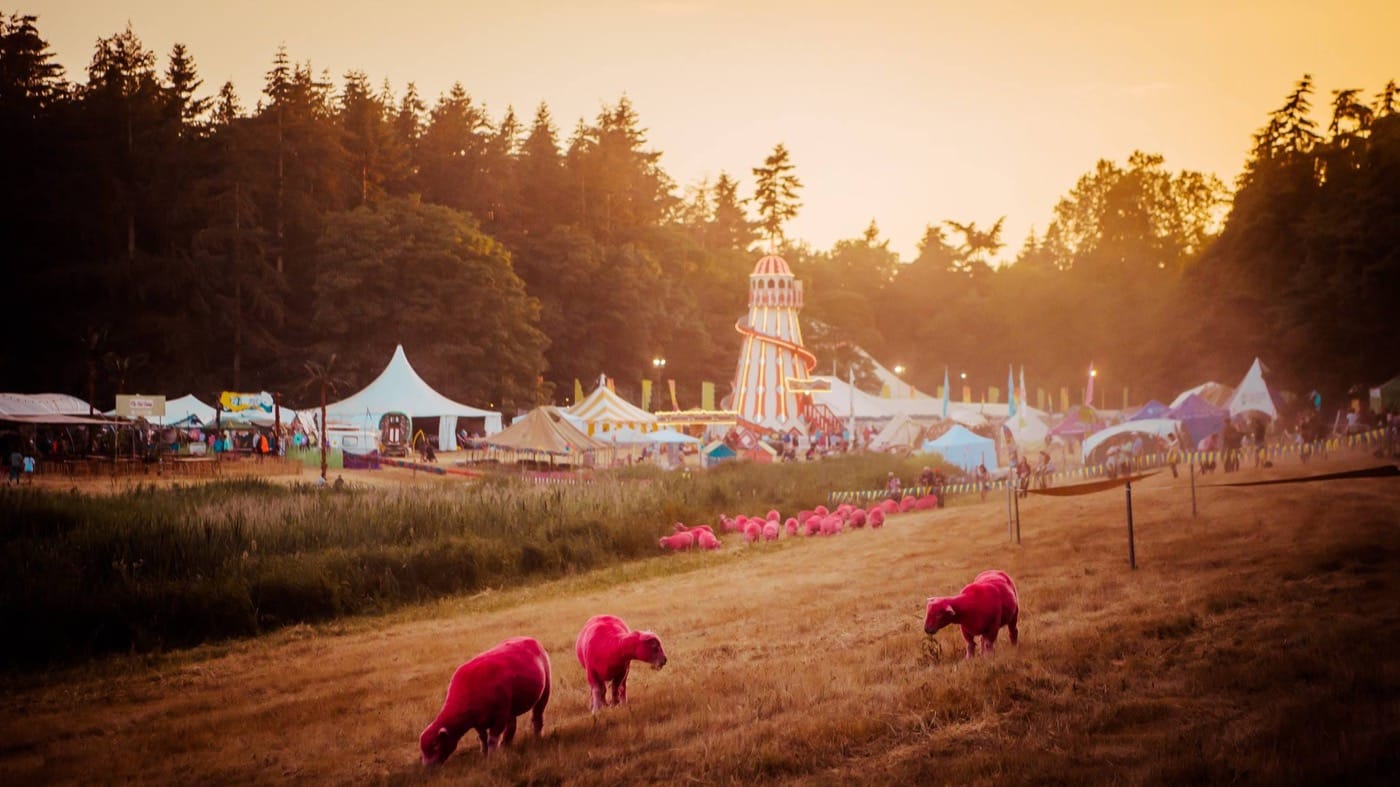 Head to Festicket now to book your festival tickets, accommodation, transfers and extras in just a few clicks! If you're looking for the country's most unique and delicious mobile catering, for weddings, parties and corporate events, fill out our enquiry form and we'll get back to you with the perfect recommendations and a competitive quote!