One of the many things that makes Feast It so unique is that our suppliers come from all walks of life. Many of our suppliers had previous professions before going into events, such as teaching, bartending, cheffing, or corporate careers. Our suppliers are everyday working people who have created their businesses through hard work, perseverance and pure passion.

If you're a customer and want to get to know our suppliers better, or a new Feast It supplier and need some advice to start on the right foot, read our full Q&A with That's So Papo's.

That's So Papo's is a mobile tequila cocktail bar run by founders and close friends Ben and Russel. They serve their delicious tequila cocktails straight from their bespoke van and offer cocktail making lessons, where you can learn about tequila and how to make your own tequila cocktails. 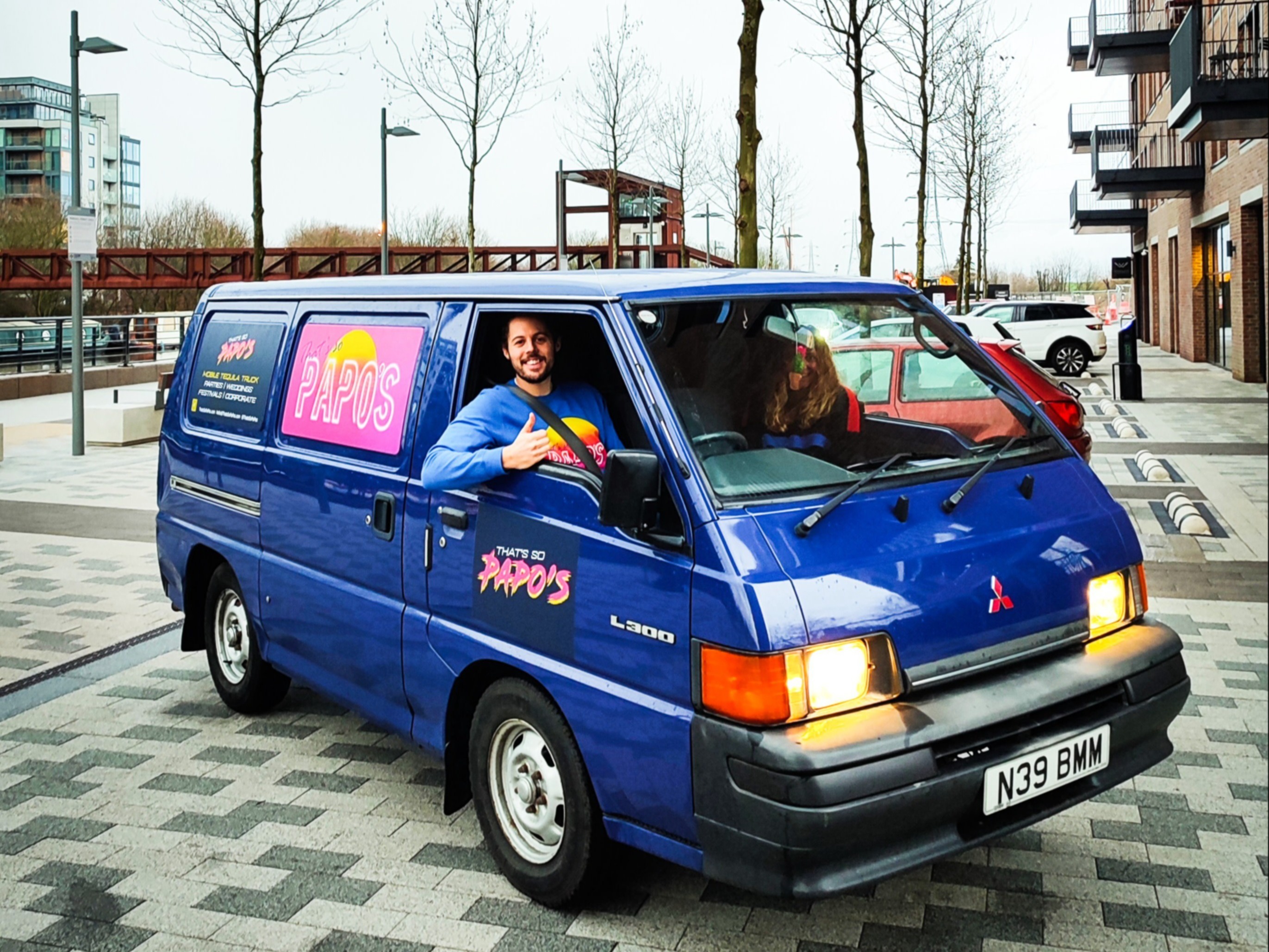 What got you into drinks and events?

Me and Russ have been friends for a few years now. We met when we were both teaching, and we both loved that, especially the teaching side, you're dealing with people a lot, and you get to engage with people. In terms of what got us into drinks and events, we both have backgrounds (before we were teachers), working in bars and pubs, and we were at a bar just having a drink, talking about the things that make us happy, and what we wanted from work, and we were like "oh we quite enjoy working in bars…” I think we were drinking a Paloma or something at the time; we were like, "oh, we should sell Paloma!". So that's how it started... I don't think any particular person inspired us, but lots of support from friends and all sorts of people, whenever I mention it to someone, they always get really excited. So yeah, it's been great! Why did you choose Tequila Cocktails?

We were having a Paloma, which is a tequila-based drink, when we first started talking about it. We were like, "oh, we could do this", and it'd be cool to do this niche thing. We've both worked at cocktail bars before, which focused more on classic cocktails, and we were like, it'll be interesting to do something a bit different!

What’s your favourite thing about working at events?

For both of us, our favourite thing is just being part of the atmosphere and the vibe. Everyone's usually there to have a good time and to have fun, and being both a part of that, but also to add to that, it’s just really great. Chatting with people when they're coming to order drinks, or just suggesting drinks and ideas for people, I think it's really fun and just a really, really nice vibe. Me and Russ work really well together - we have a really good working relationship. We're both pretty chilled and relaxed so it's just a really nice way to work.

What’s your favourite drink to make and why?

There's two! One is called a Papo’s Overdrive, which is basically like an Espresso Martini, but with tequila. Rather than using a normal Espresso Martini which is vodka, coffee liqueur and maybe a little bit of sugar, we use a tequila infused with coffee. The taste is just really smooth and rich. I think it's often something that surprises people when you give people a tequila-based Espresso Martini, the same as I was saying before, when you’ve got this kind of memory of tequila at 2:00 AM, and then you try this, it’s very different.

The second one is a drink that we call the Papo's Fresca, which we created and is a blend of citrus fruits with tequila and soda that’s just really fresh and nice, and it's kind of as fresh as Mojito. If it's a warm day or a summer day, it's just really, really nice. 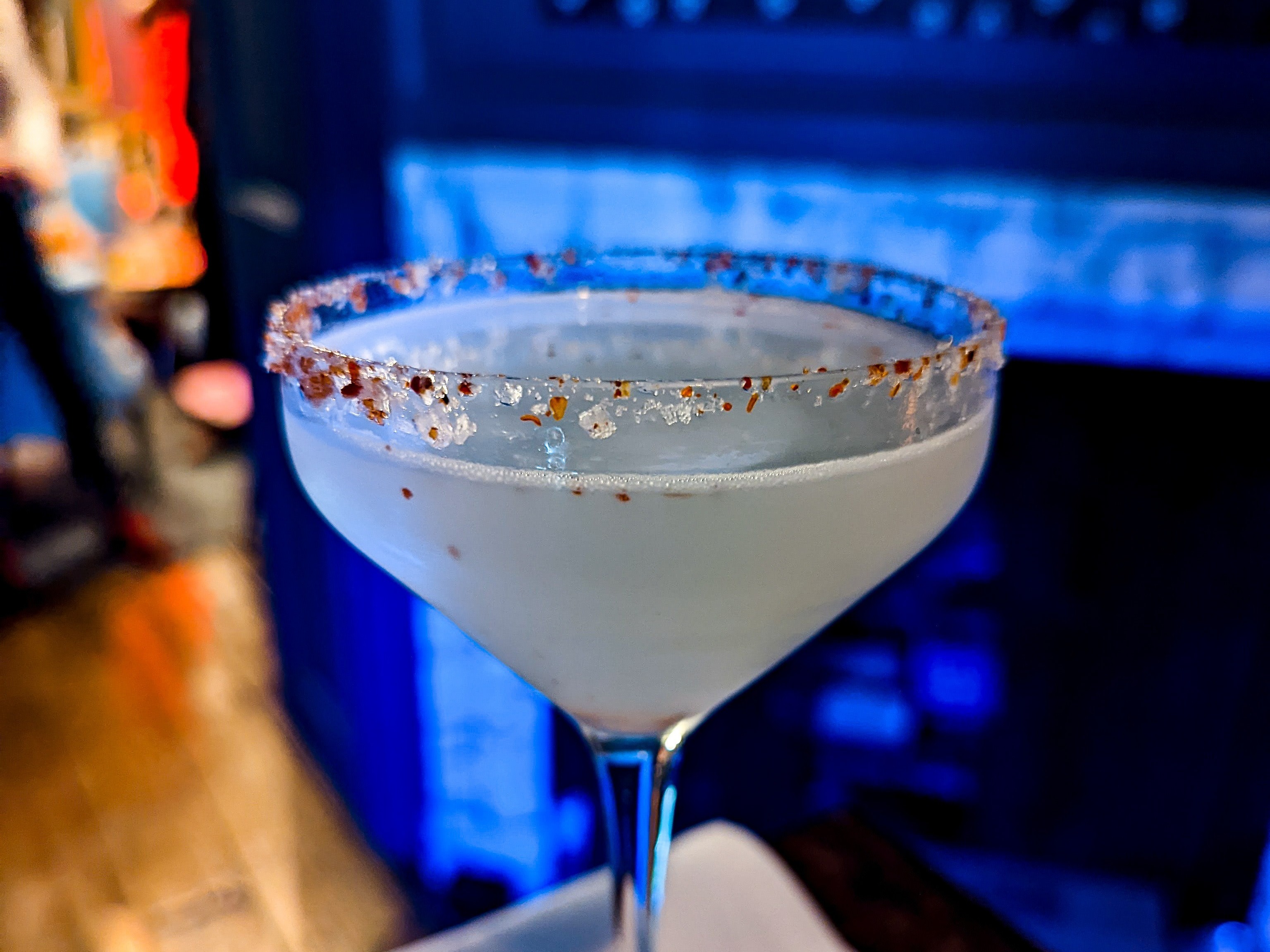 How do you get prepared before an event?

We’ve only been going since kind of October / November time, so we’ve been mostly doing small private events up to now. We’re very excited about events that we're going to be doing in the future, but the best one that we've done so far is probably what we did on New Year's Eve. We were at someone's house in Walthamstow and we took our little bar inside so we could set up inside the house, and we also had our van set up, and the people there were just a really great bunch, They were excited to learn about tequila, to make the cocktails themselves, we gave them a few different things to try, tweaked a few things to see what they liked, and yeah everyone just wanted to have a good time.

So Russ gave me his to tell you. He went to a gig in San Francisco and saw two synth wave bands who were playing their first gig together. They were both two of his favourite bands and I am not entirely sure how they ended up playing together, but they did, and it was in San Francisco. So he flew out and I think he ended up meeting them and just had an amazing time in San Francisco.

I don’t know if I can pinpoint just one favourite for me, but I really enjoy small festivals. I like the atmosphere, a few thousand people, a few stages and a few bars. You can bump into the same people over the weekend and it’s just really nice, and everyone's just there to have a good time.

What advice would you give people who are thinking about setting up their own cocktail company?

I think the two things that were important for us were the budget and the atmosphere we wanted. We didn't start with a huge amount of money, so we had to be quite careful in terms of planning and what we were going to spend money on, thinking about different ways that we were going to be able to get the business going. There's lots of licenses you have to get and we were thinking about getting a truck, we live in London so we had to think about the charges for driving around London and lots of things that you wouldn't necessarily think about at first. So we spent a bit of time focusing on the budget and making sure that you’re not going to run out of money.

In terms of the atmosphere, I guess it depends who you are working with. Russell and I are lucky that we're both on the same page, but I think it's important to get the working atmosphere right. When it comes to what you want to be as a business, you have to think about what drinks you want to serve, your venue, and your styling, for example, how you’re going to present your menu. It’s also important to be open to feedback. We really evolved over the months that we were planning and getting things together so it was important to hear what other people thought to take into consideration their thoughts and feelings on everything we were doing. 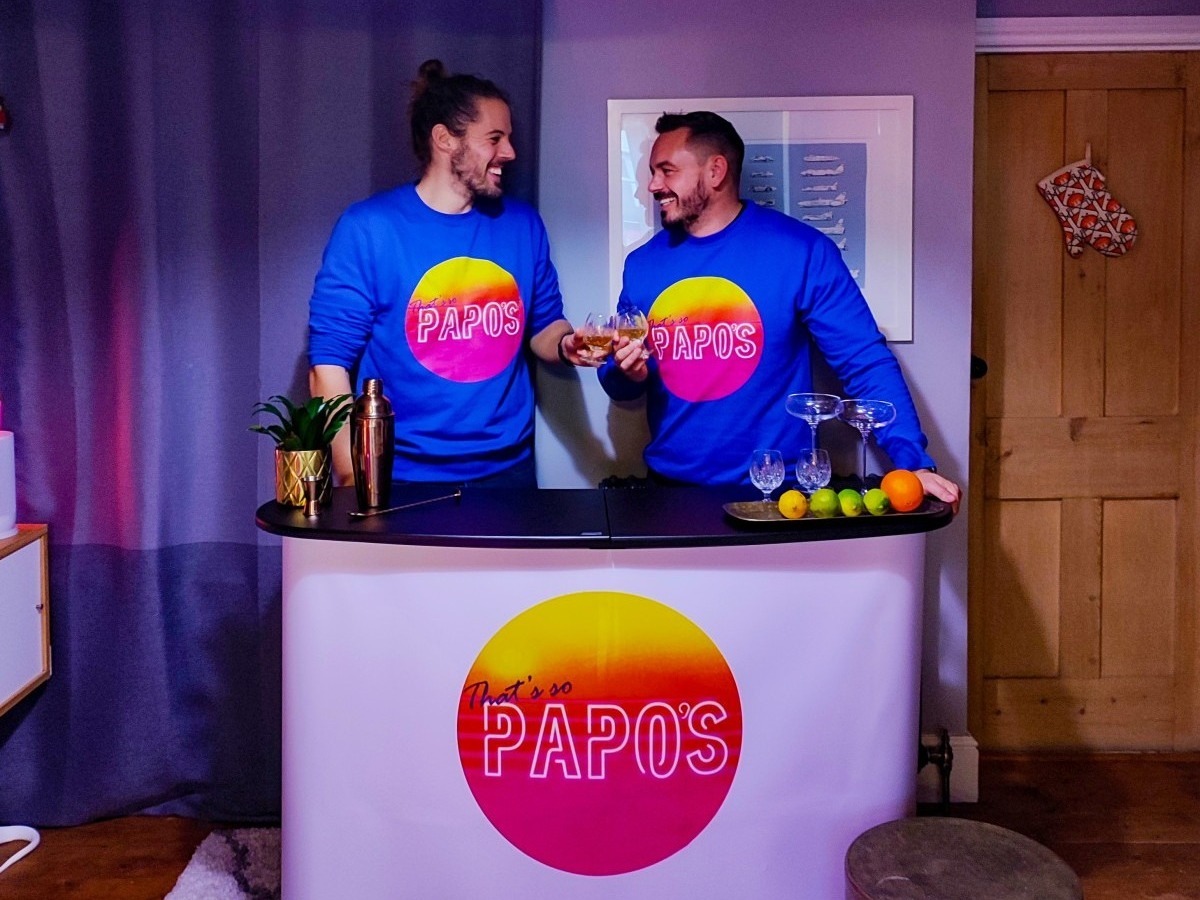 What’s your favourite feature of the Feast It platform?

I think how easy it is to use, but especially being able to see the events, in terms of what's both a good fit for us, but also for the customer. We know that we’re a specialist service, whereas, some places do all kinds of drinks, beers, cocktails etc. We know what we do, and the atmosphere of the place that we want to go to and what drinks we want to sell so people know what they're buying into when they sign up with us, and it goes both ways, so we can also go to the right places for us as well. What advice would you give to new suppliers who have joined Feast It, to start off on the right foot?

I think just to speak to the team at Feast It because everyone Russ has spoken to has been extremely helpful and will talk you through every step, and will answer all your questions to help you get everything up and running. Otherwise, it can be a bit overwhelming when you start from scratch and if it's not necessarily your career background, like it wasn't for us, we hadn't worked on a platform like this before, so having the team there to speak to and bounce ideas off is just really useful. 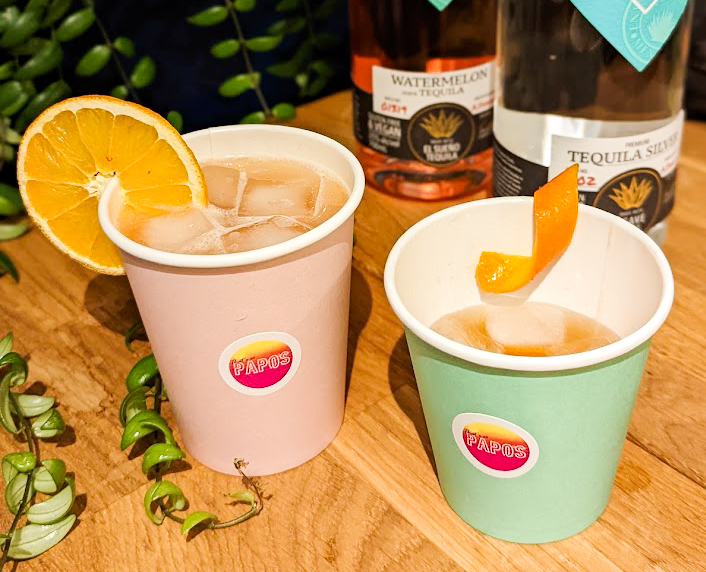 To read more about That's So Papo's, view their Feast It profile, here.

If you’re thinking about becoming a Feast It supplier, find out more, here.