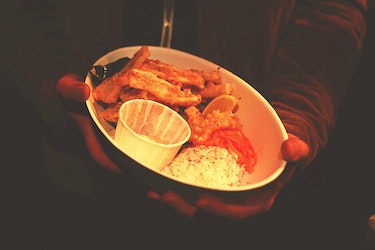 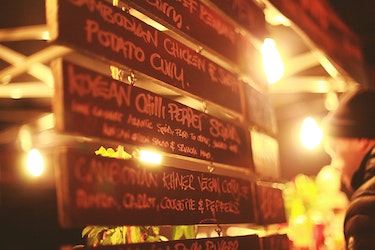 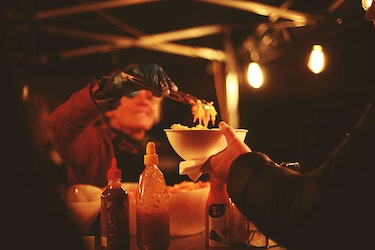 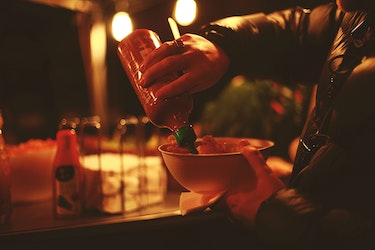 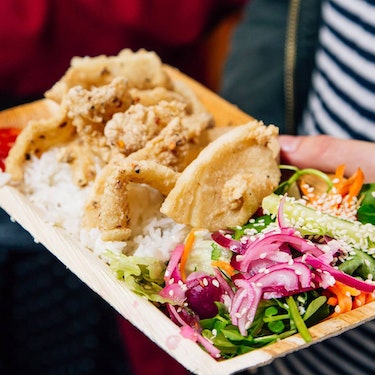 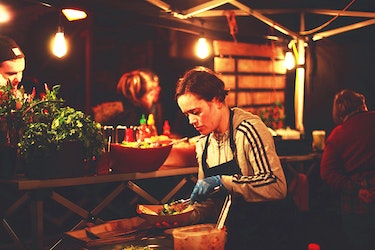 One of the original innovators of the street food scene in the UK right back in the early 90s, the brilliant Canoodle serve up a wonderful mix of Asian food that's as delicious as it is eclectic.

They were founded by the amazingly talented Chris Wiggin, who's literally spent decades perfecting his Thai, Vietnamese, Malaysian, Korean and Cambodian recipes, which he's keen to stress are so much more than noodles! Every dish is lovingly created from scratch with absolutely only the best produce, while the sauces and pastes are all homemade.

They serve their delicious dishes (including a number of veg and vegan friendly ones) from a stylish branded gazebo which would look fantastic at any party, and are able to churn out a portion a minute, so not too much queueing for your guests!

They've previously won the title of Gordon Ramsay's Best Local Restaurant on 'The F Word' and have catered for some some amazing clients such as Microsoft, Hyundai and Reebok so you know that you're in safe hands if you book the amazing Canoodle for your next event! 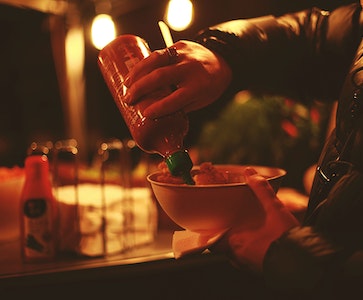 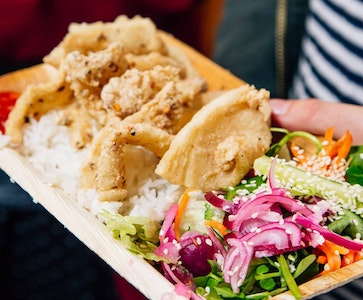 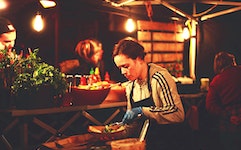 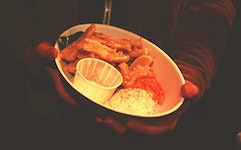 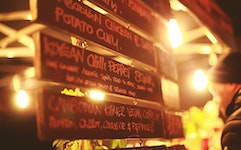 To see if Canoodle can make it to your event, enter the postcode and date of the event