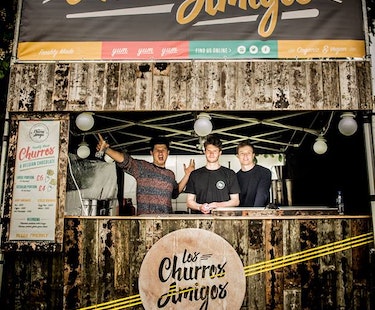 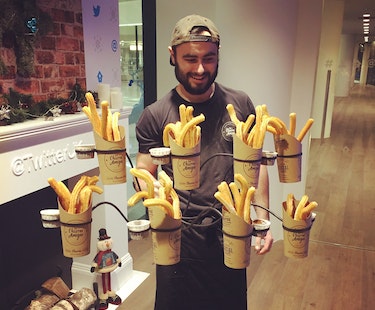 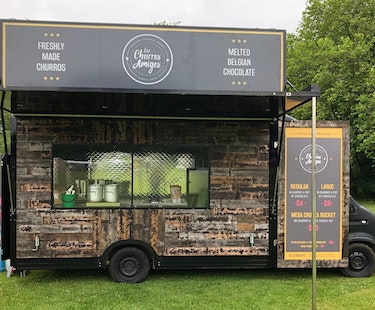 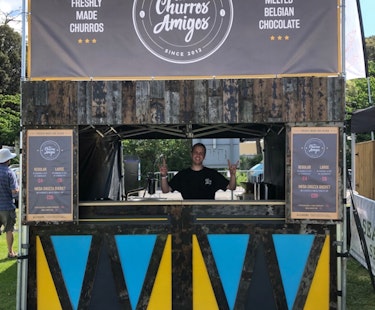 Since 2012, Los Churros Amigos have been serving the freshest churros and melted Belgian chocolate. They aim to excel in two key aspects: quality and efficiency. To do this they come armed with the right equipment, the hardest working and friendliest staff, and almost an infinite amount of churros! This means Hugo and his team can ensure there’s no running out of their incredible churros or slow moving queues at your event.

Their churros marry the traditional Spanish sweet with an English sweet tooth, bringing milky but rich Belgian chocolate together with light, fluffy and crunchy dough. Los Churros Amigos have taken care to ensure their suppliers are UK based where possible and now use Cornish sea salt, UK beet sugar and organic flour from a local mill in the Cotswolds. The only thing that isn't UK based is the chocolate but they figured leaving that to the Belgians was a good compromise. Their churros can be made vegan even with a vegan chocolate dip, designed to emulate the milkiness of standard chocolate but being entirely devoid of milk and just as delicious.

Los Churros Amigos have worked at most major festivals in the UK, served NFL, football and rugby fans at Wembley and Twickenham and carried out month-long, branded university tours for YouTube and other huge brands. They can serve from two gorgeous, brand new food trucks or a variety of different sized gazebos. Book Los Churros Amigos for your next event here! 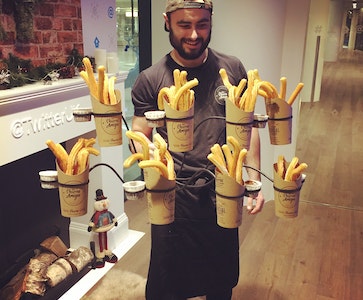 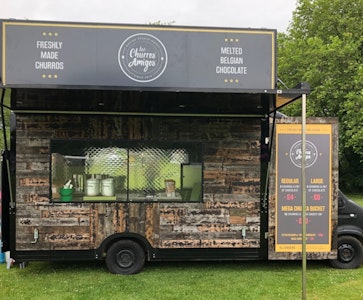 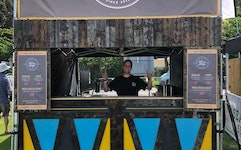 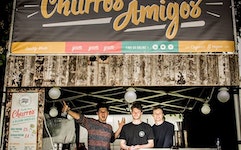 To see if Los Churros Amigos can make it to your event, enter the postcode and date of the event