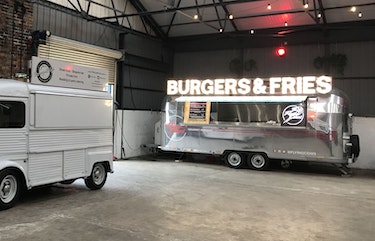 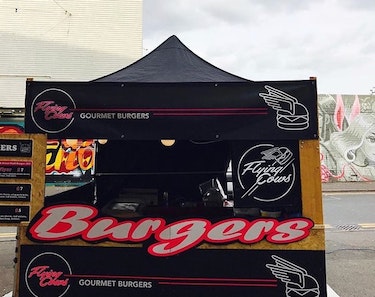 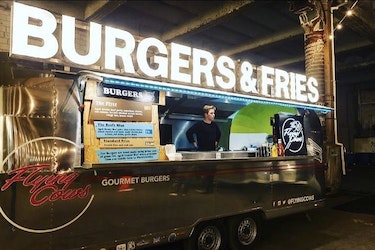 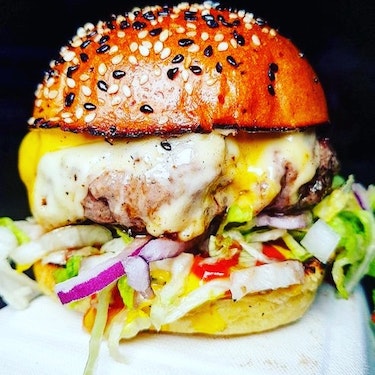 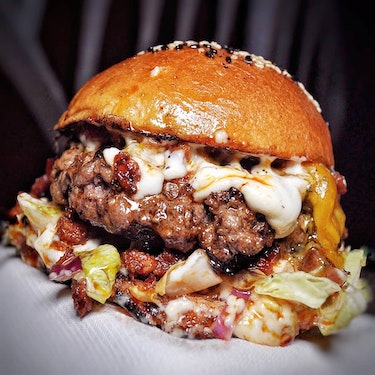 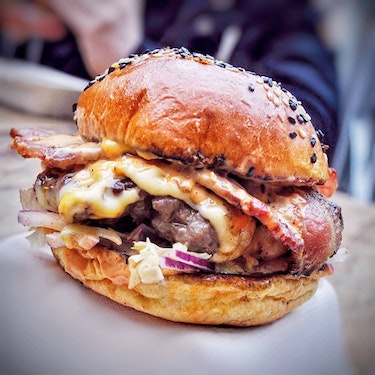 Flying Cows cook up knockout Dexter steak burgers using meat sourced from their family farm based in Warwickshire. They can serve from either a purpose-built gazebo or an amazing newly made airstream trailer, depending on what kind of set-up you are looking for for your event.

The company has now been around for many years and have completely mastered the art of burger-making! They were a British street food award winner 2017 and are members of the prestigious Digbeth Dining Club, which is no mean feat as any Birmingham local will know.

In 2017, Flying Cows created ‘Britain’s Best Burger’ at the British Street Food Awards and the winning burger, ‘The High Flyer’ was made with aged Dexter beef, cheddar, swiss cheese, red onion, club sauce, glazed streaky bacon and was served in a seeded brioche bun. It's even better than it sounds...

Book them here to have their legendary burgers served at your next event! 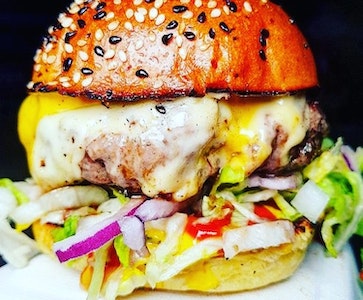 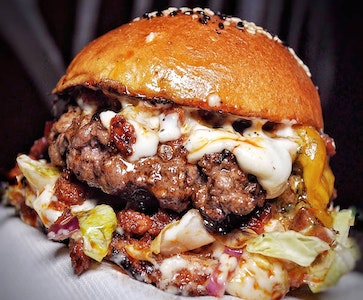 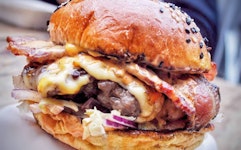 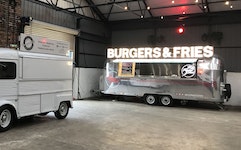 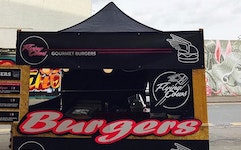 To see if Flying Cows can make it to your event, enter the postcode and date of the event