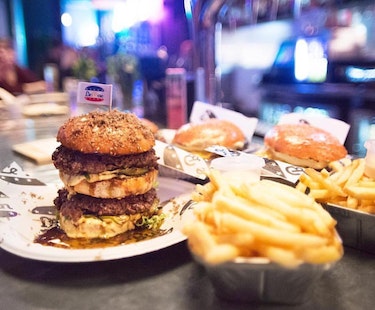 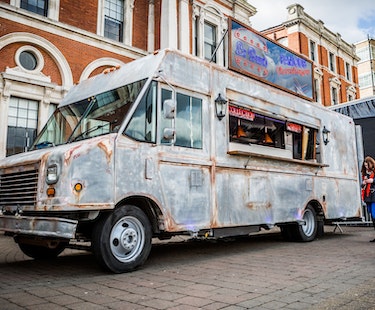 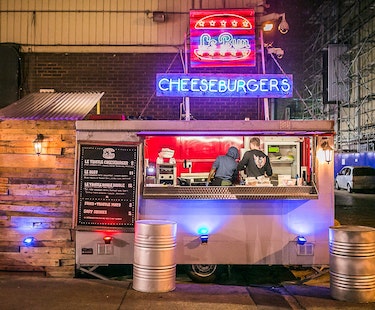 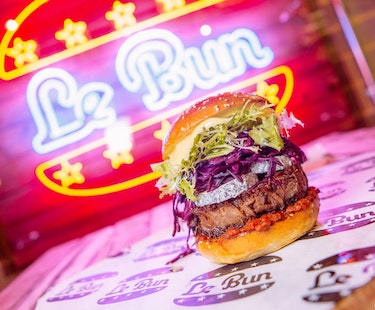 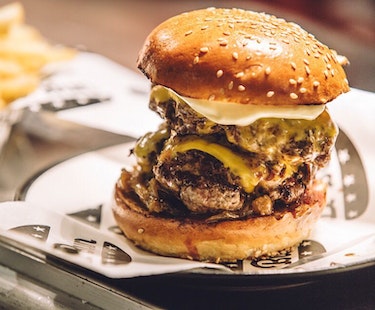 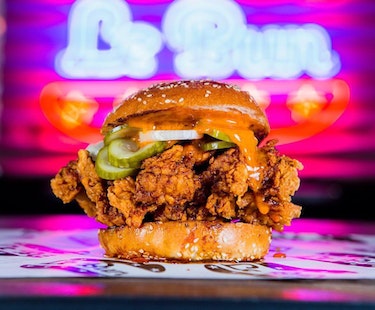 Le Bun is the creation of the wonderful duo of Andy Taylor and Tim Talbot. Sparked by an idea that French and American cuisines weren’t quite as far removed as they were perceived to be, the duo quickly gained notoriety for their downright delicious burgers thanks to the eye of Sunday Times Magazine cook, Gizzi Erskine.

Gizzi, alongside Jamie Oliver, mentored the twosome through #TheOnesToWatch, a 4 part prime-time series aired on Sky1 in May 2014.

Three Sunday Times recipes followed, as did a stint at Street Feast, Everyman Cinemas, Battersea Power Station pop up, National Burger Day and spots at Lovebox, Wilderness, Feastival and Winter Wonderland; among other festivals, events and pop-ups such as 'Le Brunch', as featured on Sunday Brunch on Channel 4.

Fundamentally Le Bun have a huge passion for developing truly original and mouthwatering dual-cuisine creations that ensure they deliver a progressive and totally unique concept.

Want a dish specifically created for your event? Le Bun are now able to offer their 'Signatures' menu, a personally curated menu for you or your client. Le Bun are also able to cater for all types and sizes of events, indoors or outdoors, so book them here now for your next event! 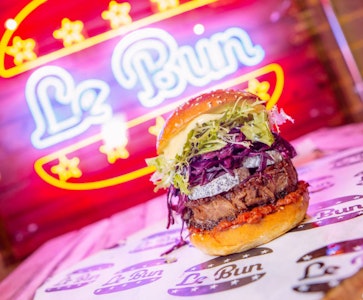 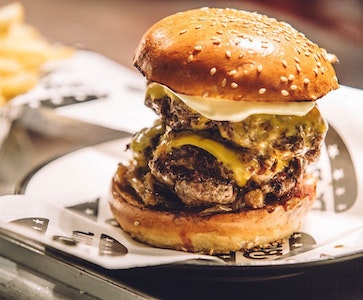 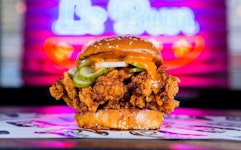 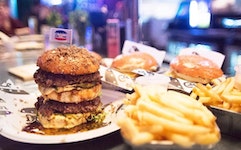 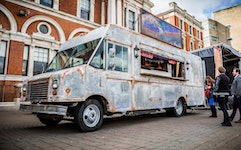 To see if Le Bun can make it to your event, enter the postcode and date of the event